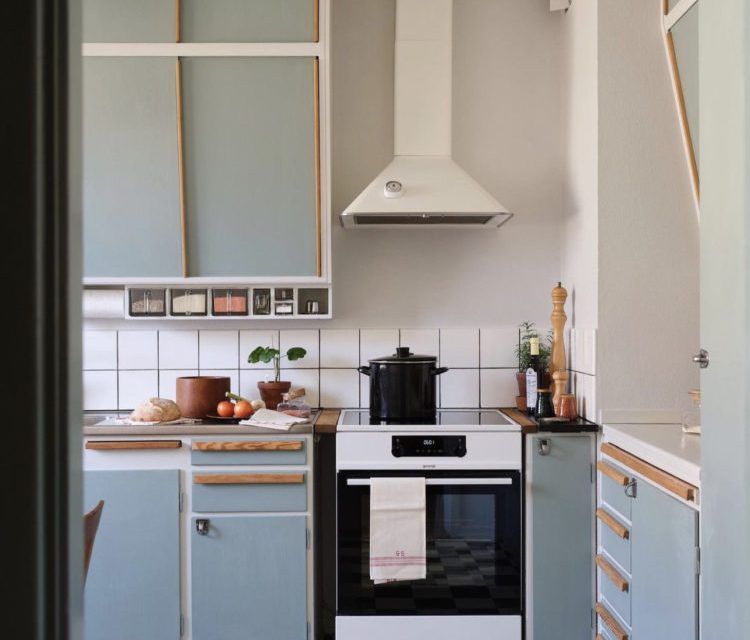 This week, we have not just lovely spaces but also some creative ideas, including one of the classic – I wish I’d thought of that’s… So let’s start with this Swedish kitchen and traditional checkerboard floor. 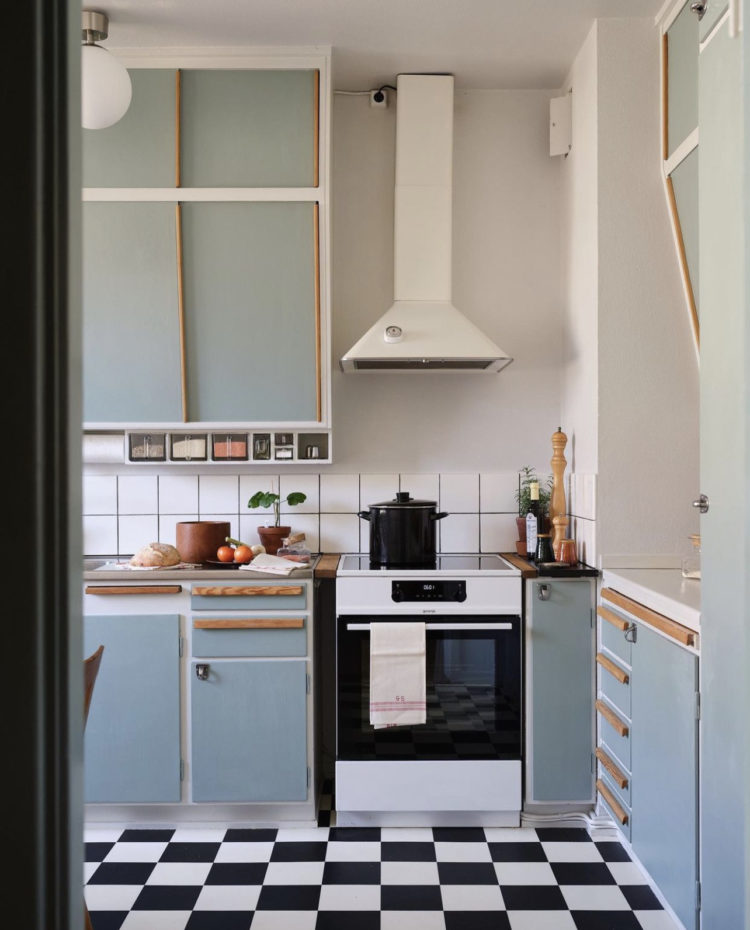 When I wrote about Charlotte Perriand a while back, I mentioned that she developed a little kitchen with sliding doors and wondered why it wasn’t popular anymore. It appears to be from the 1950s, but despite the fact that houses are growing smaller and sliding doors are fantastic space savers, there hasn’t been much of a rebirth. I get that it would be more difficult on the bottom because it relies on a continuous line of units to provide the doors somewhere to glide to, and drawers or an oven would get in the way, but why not on the top?

I have open shelves in my kitchen partially because you risk striking someone on the head if you open a wall cabinet, or having to ask them to move if you want to reach for anything in the cupboard next to where they are standing. That difficulty might be solved with sliding doors. I have a feeling Carrie and Big’s kitchen in And Just Like That featured sliding wall cabinet doors, but given how little cooking they did, it’s difficult to determine.

Slanted wall units – which may or may not move – are used in this kitchen above and below, taking up less room. One of the other issues with wall cupboards is the temptation to store things underneath them – the toaster, mugs, and coffee machine – which not only reduces your working counter from 60cm to about 30cm, but also makes it more difficult to reach the items in the back because the cupboards are in the way once again. This difficulty is solved by using slanted doors. Now, I grant that it appears to be charmingly vintage rather than cutting-edge modern in this photo, but I’m curious if the traditional kitchen unit is ripe for a redesign? 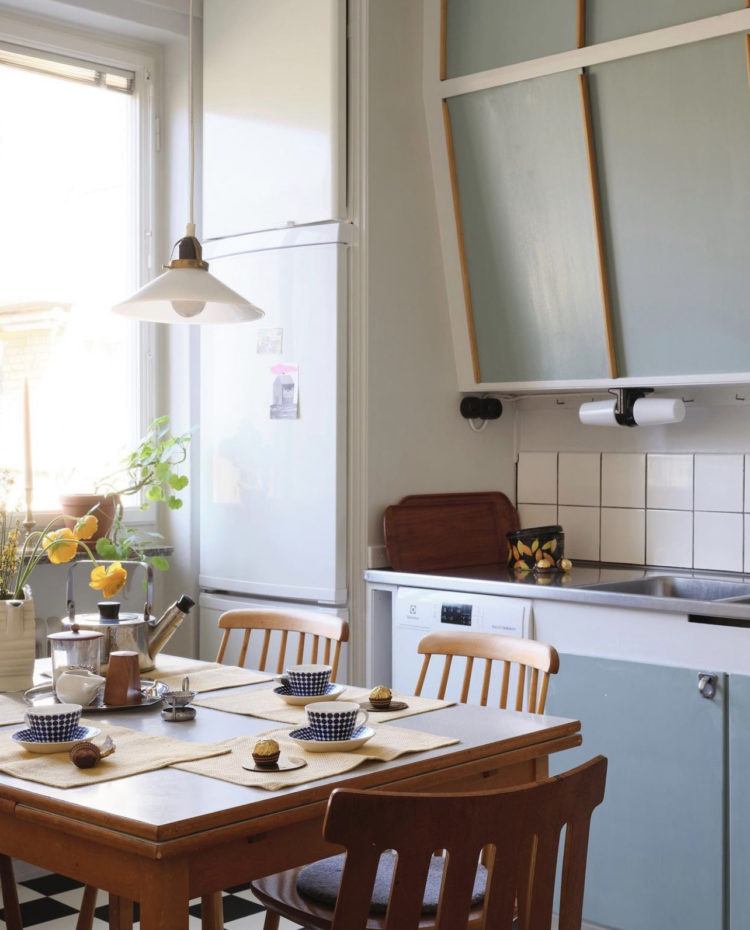 Now for the idea I wish I had instead of the one I just had, which is unlikely to succeed! Susie Atkinson, one of my favorite designers, created these wallpaper borders. Borders aren’t new, but this is the first time I’ve seen them employed in this fashion rather than as a kind of dado rail to finish off a half-way-up-the-wall wallpaper.

This is great for a variety of reasons, including if you’re hesitant to paper a whole wall or room but want a little pattern. This is my name. However, as the photographs below show, it also frames the entrance — and hence the vista beyond it. 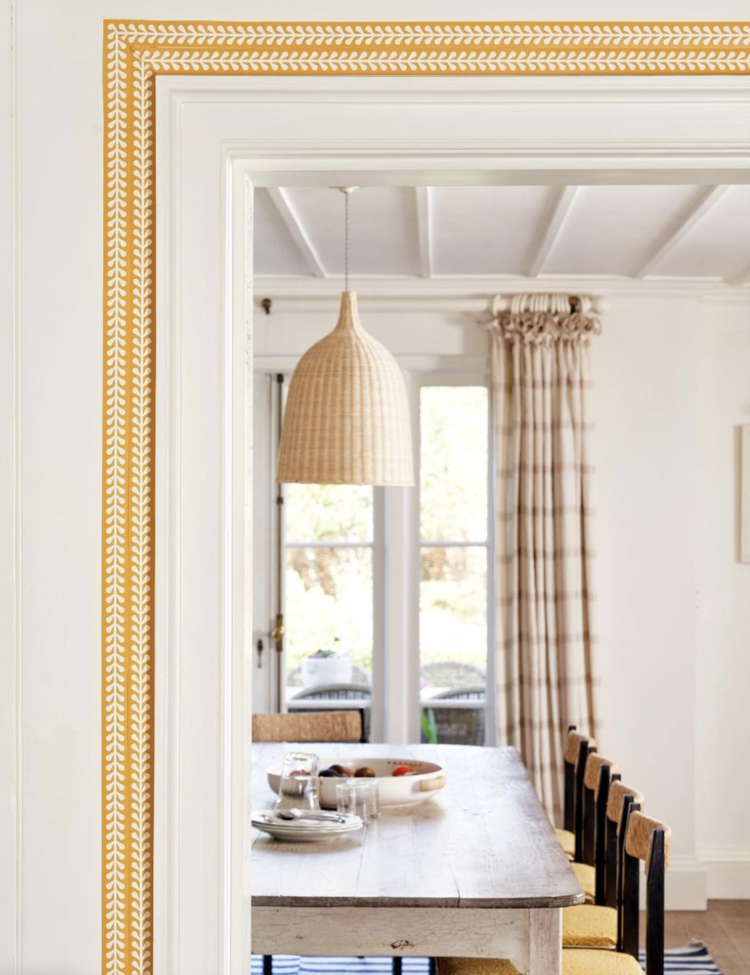 It frames the entrance and, again, that vista and makes it more of it, in addition to bringing your attention to the space beyond – above with the yellow and below with the soft blue. If you want the eye to wander beyond the immediate space and to the region beyond, this is especially effective in a tiny room. It’s especially handy if it’s on a door that leads to a garden or other outside space.

“Borders were such a thing in the 80s, and we wanted to bring them back with a more bright and contemporary feel,” Susie remarked on Instagram. They’re less expensive than wallpaper and a terrific way to dress up a space by adding embellishments to entrances, skirting’s, cornices, or creating panels inside a room.”

I absolutely agree with everything and am looking for a perfect door right now. A conventional door is little under 2m high and less than 1m wide, so one roll should enough. Of course, the yellow above is a double strand for added effect, so if that’s your goal, you’ll need to measure carefully. In the photograph below, I like it resting on top of the skirting board. 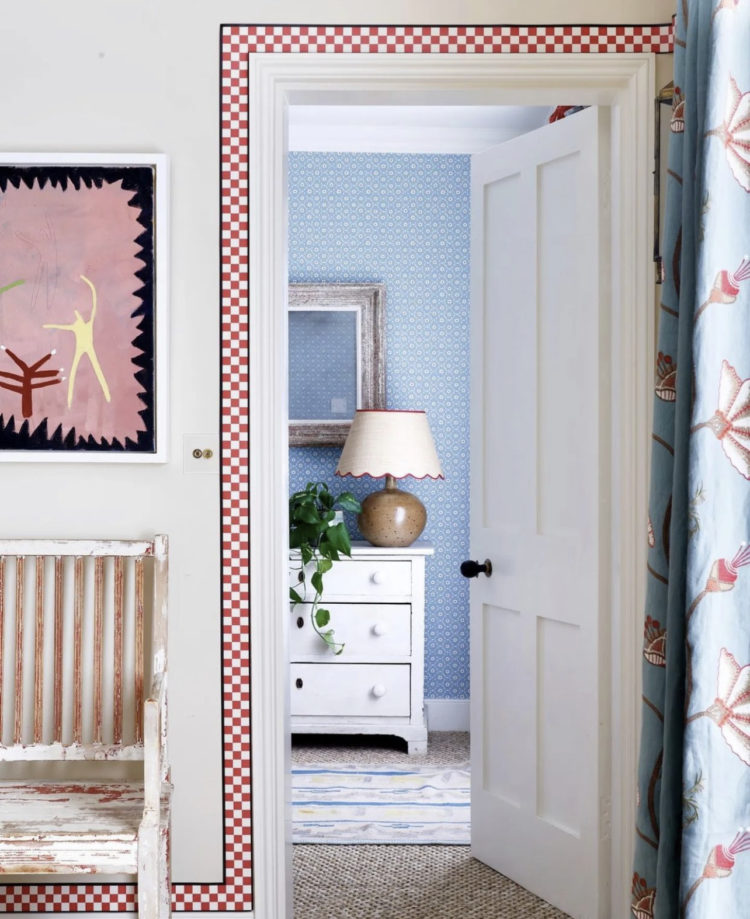 Another brilliant concept that only requires a can of paint. What an impact these two alcoves in the photo below have been painted in different tones of the same color. This is a clever approach to achieve both if you prefer symmetry but don’t want things to be overly coordinated. If you want to use so-called designer paints, you may experiment with different colors to determine what works best for you, or if you use Deluxe, their color cards come in six graded shades, allowing you to choose one color and decide whether you want the darkest and lightest hues or a more toning pair. You could, of course, paint the walls in one of the other colors if you wanted to keep the look consistent yet unique. 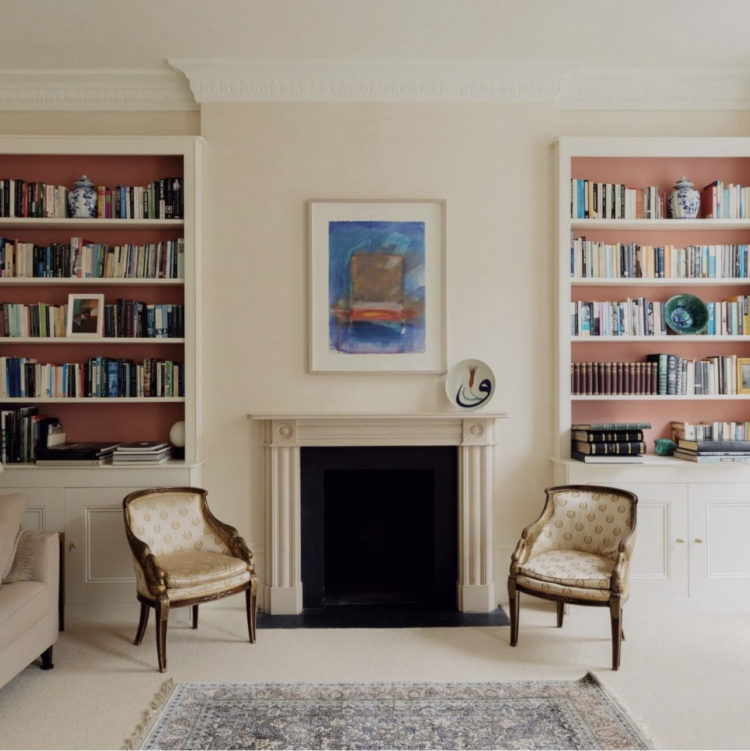 This brings me to this image with its various tones of green. One is used for the walls, another for the skirting boards, door, and fireplace, and a third for the dado and picture rail/cornice. You could use any color you choose and even extend the wall shade to the ceiling, where it would be broken up by the dark green band. You might also keep to two colors: one for the walls and one for the woodwork. The idea is that the incredible things you can accomplish with paint can never be understated, whether you paint just one wall, part of a four, all four and the ceiling, or half of all of them. There are no restrictions now, and you may do whatever you want to get the consequences you desire. 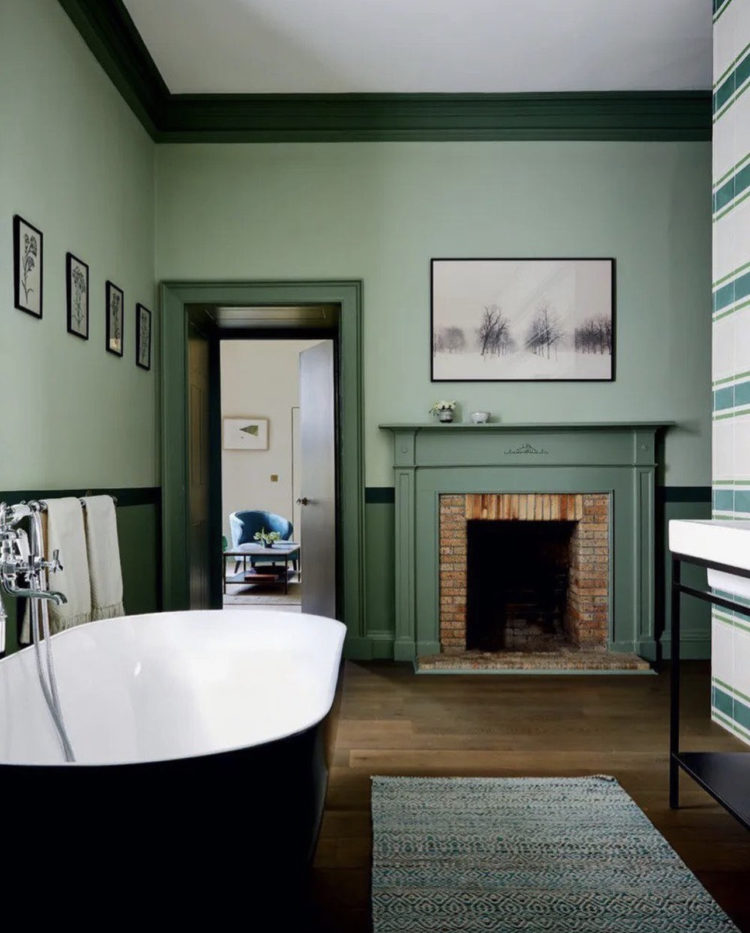 The similar principle is used in this kitchen, with pastel pink walls that deepen to a dark burgundy for the cabinet, and the crimson stool adding drama to the area. Yes, blue would have been a nice complement for the cupboards. However, sometimes you want a little more “hell yeah” with the color scheme, and while the stool fits in well, it simply adds something more. It’s a feather on a fantastic hat, a big buckle on a boot, or – remember these – a Victoria Beckham dress’s highly obvious zip. It isn’t required to be present. When it’s done, it looks fantastic. 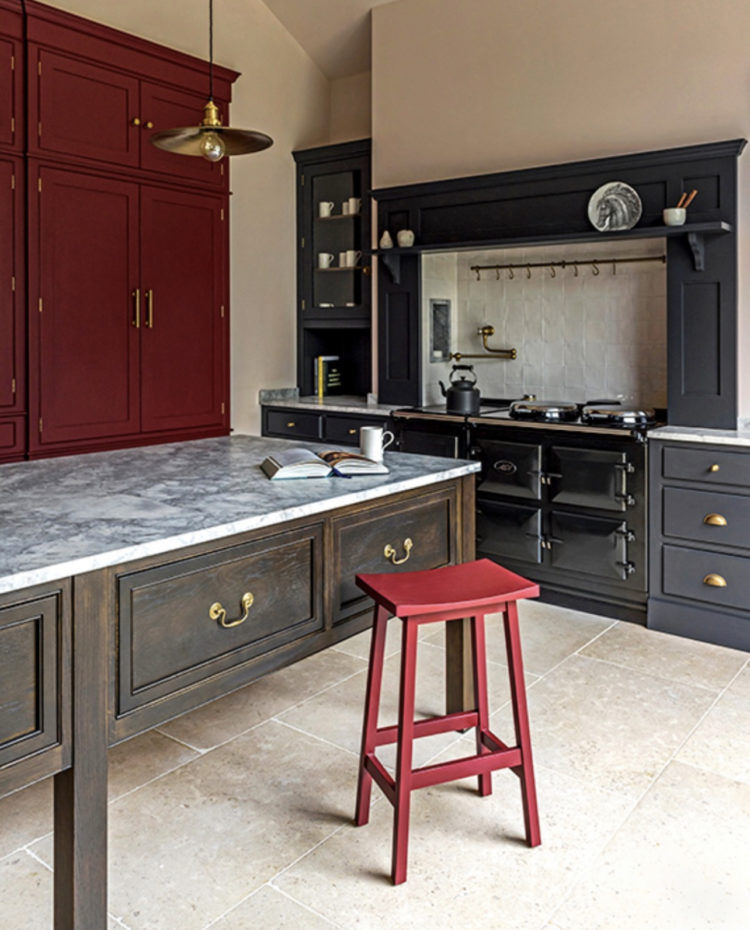 After looking at Susie’s borders, we come to this, which has been painted around a doorway. The door is a traditional rectangle, but the paint effect makes it appear taller as well as broader, which is usually a good thing since it makes the ceiling appear higher and the proportions loftier. It’s also entertaining and adds a feeling of humor to the otherwise traditional design. 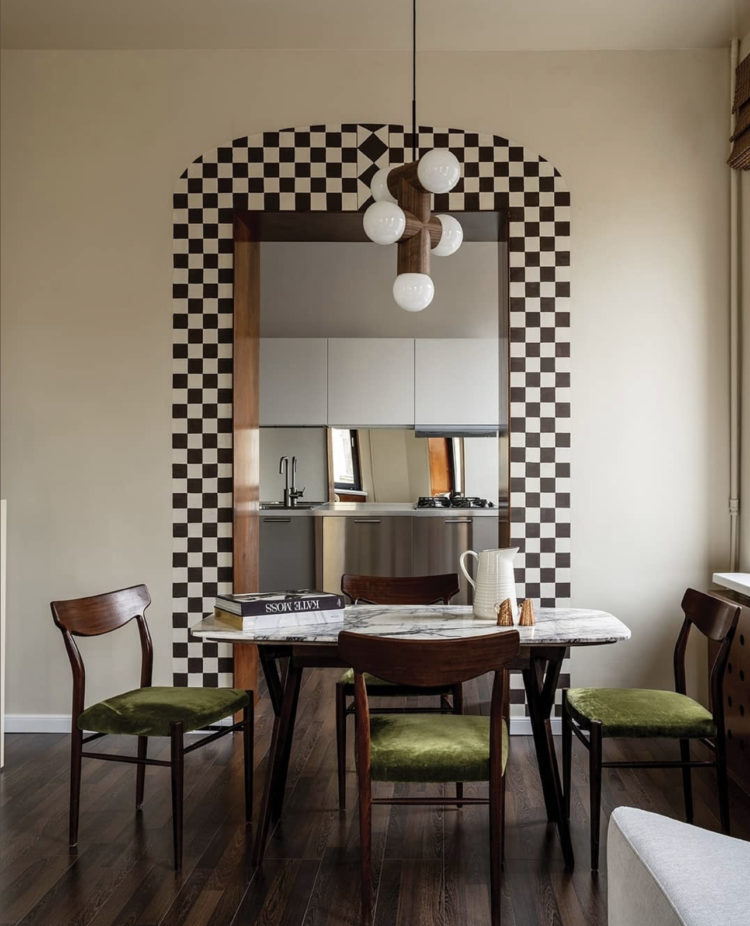 What about this fireplace, for example? I’ve been eyeing my fireplace since seeing this, but it’s curved, so it won’t work. Many historical fireplaces come with floral tiles, which are a terrific way to update a traditional design with a modern touch. 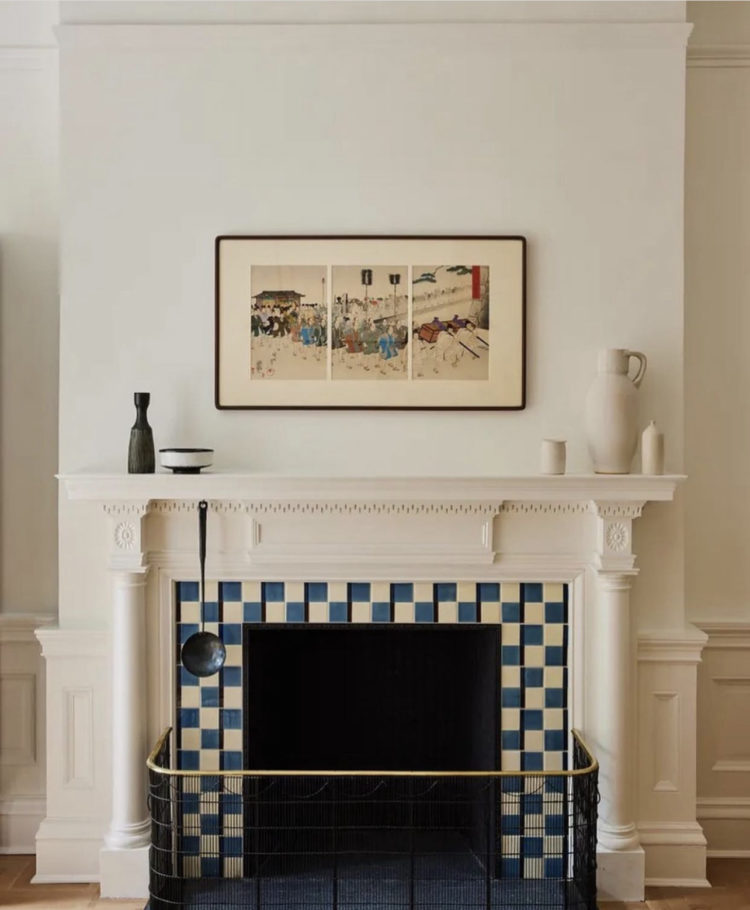 All pics credit by : Mad About The House 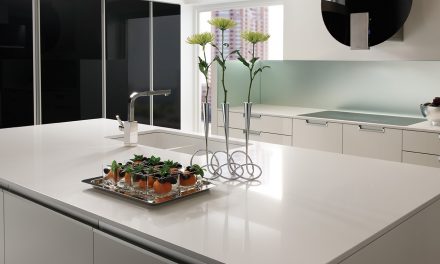 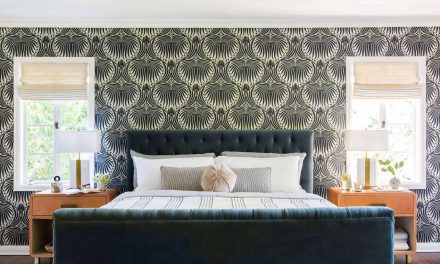 How To Make Your Bed Properly 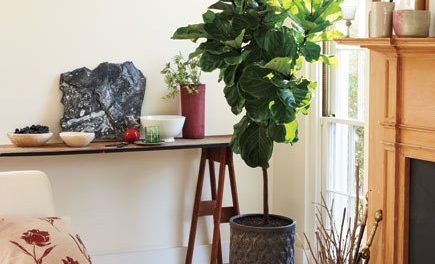 Seven Creative Ideas to Enhance Your Home with House Plants

TOP MOST LIVING ROOM STYLES FOR A COZY WINTER SEASON